Garden:This week has been super busy with all sorts, neither of us has barely stepped into the garden except for feeding chooks, turning hoses on etc. Last weekend Roger cut down many of the boundary trees, left a few others thinned so today he is tidying up all of this, chopping larger wood for firewood, smaller wood for kindling. The rest will be put in a large pile till the leaves fall off for the garden. Then, in the middle of winter he will burn the rest in the middle of the yard and spread the ash. This photo is deceptive, it’ a mess and there is a ton of tree material to dispose of.

Two simple sprays we use in the garden are milk for moulds on zucchini, cucumbers etc and garlic spray for aphids and other pests.

The milk spray for mould is 1 cup of milk, 2 tsps baking soda and one litre of water, shake and use use as spray. This is very effective

The garlic spray for pests is generally older garlic left over from the previous season. Peel garlic cloves and put in blender with water. Strain well, pour into bottle and add a wee squirt of dish washing liquid. Top with water. There must be enough garlic to be pungent. This is brown in the photo as we added worm tea as other bugs don’t like the smell of worm tea. This also acts as a foliage feed.

Today I will be picking blackberries, zucchini, apple cucumbers, tomatoes, beans, broccoli, the remainder of the cranberries and harvesting carrots and beetroot. The figs are nearly ready, yippee, except we get simply hundreds and they will need to be bottled but these are nearly our favourite crop and we eat them all ways.

A friend gave me a small box of pears so most of them were bottled. I don’t have a canning kit so we use the overflow method as is most common in NZ with fruits. 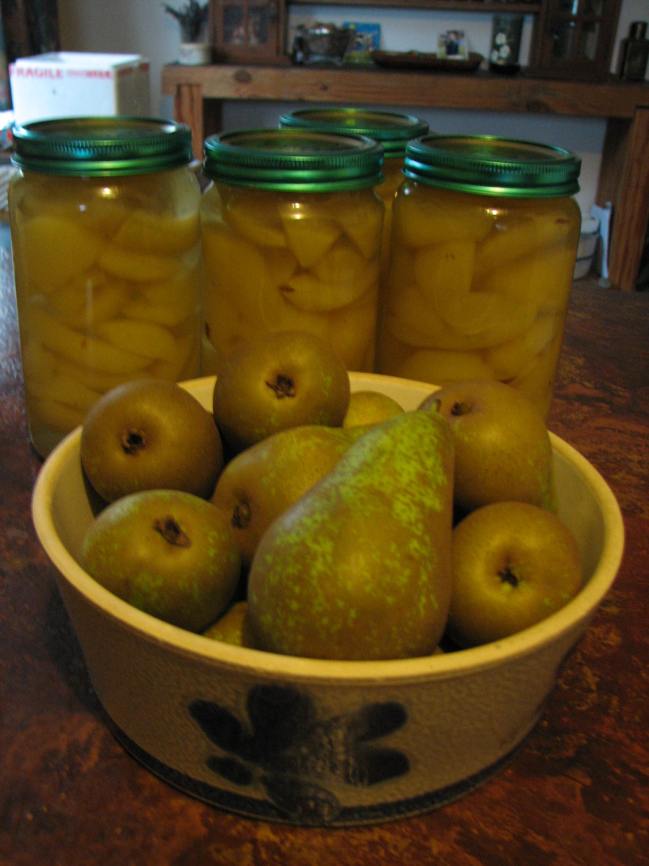 I had to buy tomatoes as well this year. I have enough for sauces etc but not enough to freeze for tomato puree for pasta sauces and cooking. As we don’t know what sprays have been used I also wash in a sink of water with vinegar added to clean off any chemicals. Sauce tomatoes are cheap in summer and I got these for $1 a kilo. 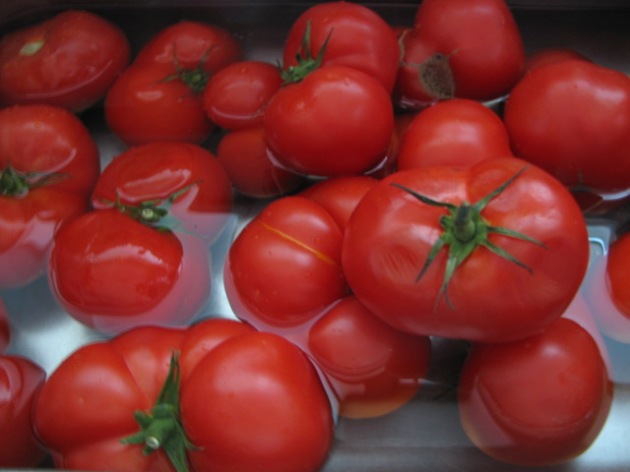 I have made around 20 of these packets for the freezer with more needed still. The fruit just chopped roughly, boiled in a pan till quite

concentrated then processed briefly in whiz so still a little chunky.

Preserving pepper / capsicums. We did not grow these 🙂 Our green ones are coming on slowly (summer was not a great one) and I will be freezing them as they come for stuffing later in year. These coloured ones generally sell for around $1.30 each in late summer but I have been on the look out for cheaper. A town vege shop had them for sale for $1.29 for bags of three assorted colours. Also soaked before using .

The recipe for peppers in olive oil can be found here, thank you Backyard Farmer! They are simple but require a bit of time to slice. Quickly bring to boil in a mixture of boiling water, vinegar and seasoning, drain and pack in jars with olive oil.

A bonus is lots of seeds to dry and plant next year. 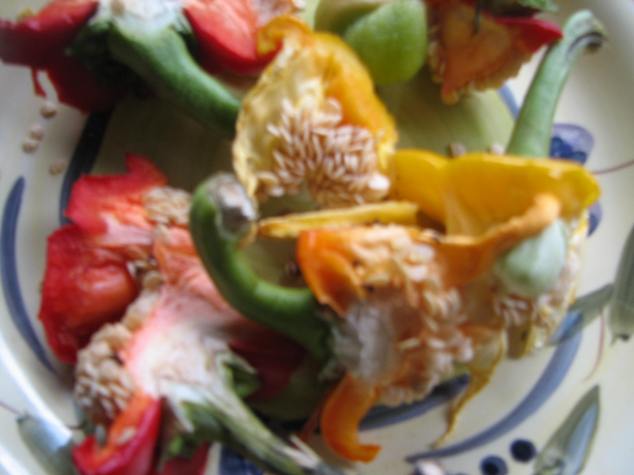 A dessert we have often is Berry Claffouti. Berries placed in a dish, sugar sprinkled over and a light but yummy batter poured over and baked. This is a favourite here and much enjoyed by quests. If making it just for us I will use yogurt but for visitors it is made a little more richer by the use of homemade ricotta using strained yogurt (or bought cream cheese if short on time)

Another bottle of berry liqueur was made, this time a mix of blackberries, raspberries and cranberries. No photo taken 🙂

This week we had to have our old dog put to sleep. Bob was 19 and was sick and had dementia.This photo was taken 6 years ago when we got him. Bob was then called Clyde and his owner was going into a hospice and needed to find other owners for him quickly. Friends of ours mentioned we would probably take him and though I wasn’t too convinced I wanted him he sat on my knee and gave me a big cuddle when we visited them….yep, we were sold 🙂

I had never much cared for Foxy’s but Bob was a character and endeared himself quickly. He was a great companion and is now buried in the garden along with Basil, my 15 year old “baby”.

When Basil died we got another dog from the SPCA. “Bree”. She had to be put down 4 months later as she had cancer. She was a beautiful dog, one that had been mistreated but was so lovable it was devastating to lose her. Didn’t even get a photo of her, she was silver and cream and a staffy cross.

So, we still have Syd, a hulking great farm dog who sleeps on the couch and gives huge bear-like cuddles. He is the cuddliest dog you could ever meet, I am sure. 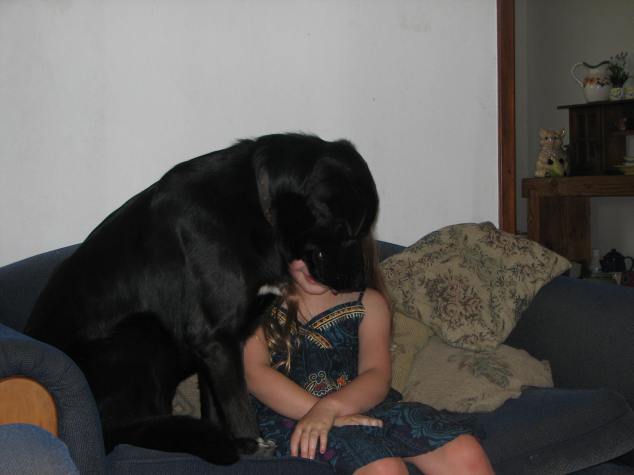 I have virtually always had a dog and always will, there is no greater love and loyalty than that of a dog 🙂

And we now have mittens who is happier to be able to come upstairs now the demented, geriatric who used to chase him away has now gone!

Taking out trash since forever.